Valley Congregational Church
The Church that pies helped to build is part of the unique history of Valley 4C's Church on Black Sage Road, south of Oliver.  September 1990 saw a group of local Christians want to be part of a more Bible based denomination.  Thirty members met over a couple
of weeks and researched and prayed, finally deciding to connect with The Congregational Christian Churches of Canada.  Their stance
that "Jesus is the Head of the Church" appealed to the group very much as well as being autonomous; each church decides
which missions to support, not a head office.  Rev. Ian Munro was our first Pastor beginning in November 1990.

We were a wandering congregation for four years, worshipping in the Community Centre, Seventh Day Adventist Church
and the Legion Hall in Oliver and the Seventh Day Adventist Church in Osoyoos.  In the fall of 1992 property was purchased
on Black Sage Road and a large lighted cross was erected and still stands today glowing brightly each evening.  Two years later
our building was erected, with mostly volunteer labour.  The "Heart Brigade" (older members of our congregation all with a history
of heart problems) did whatever it was asked to do by the local contractor.

Every summer for a number of years, pies were baked and sold at Walton's Mountain Campsite in Osoyoos.  Over $7000.00 was donated to the mortgage fund as a result of these dedicated ladies and men.

Several years later saw an addition built to accommodate the after church coffee that we offer as well as teas and potluck dinners.
This was built in thanks to a member's gift after passing.  In 2012, the  entryway and bell tower was added; again all built by volunteers.

We have been privileged to have had three fulltime Pastors, Rev. Ian & Gail Munro, Rev. Ron & Beverly Holden, and our current Pastor, Rev. Ken & Janice Clarke.  We have also been blessed with two interim Pastors, Rev. Bill & Deborah Gooding and Rev. Richard and Mary Andres.

We invite you to come worship in this friendly, unique vineyard setting, nestled on the east bench in between Oliver and Osoyoos. 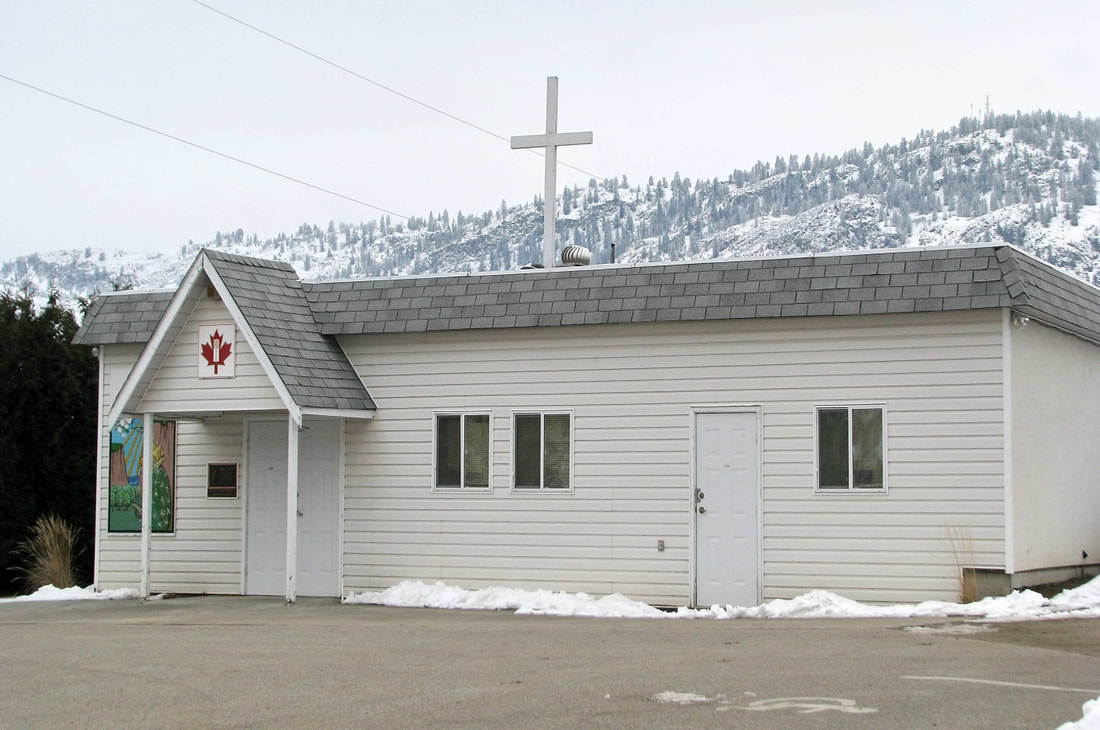